The Royal Mint has announced six new UK coins for 2013, all of which will make their way into circulation this year.

The six new coin designs have been introduced to mark historically significant events: 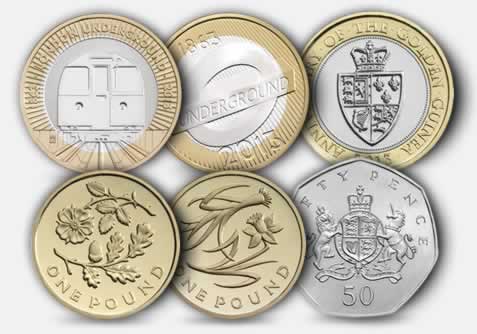 More details were available here - http://www.royalmint.com/aboutus/news/2013-coins-from-the-royal-mint - but this is a really old link now.