The Royal Mint has released five million 50 pence pieces supporting Team GB Olympic athletes have been released to banks across the UK.

Bearing the figure of swimmer Jazz Carlin, the coins will now start making their way into the nation's pockets.

The distribution coincides with Carlin winning silver in the Rio 400m freestyle event. 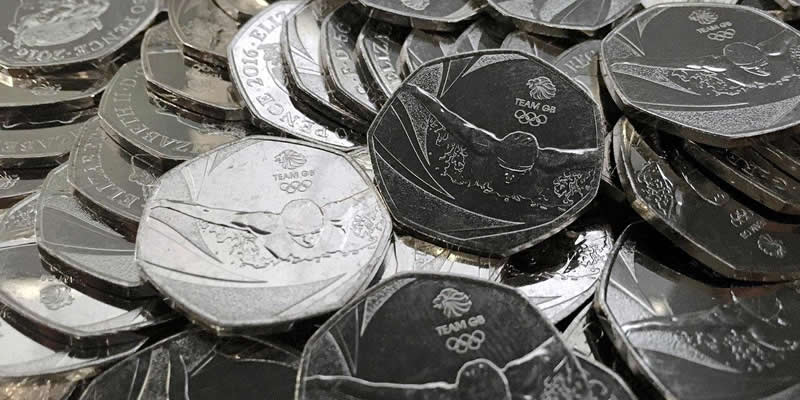 Precious metal versions of the coins went on sale earlier this year and a gold version of the coin is currently available to buy from the Mint's website for £755.

The design of the 50p coin was been unveiled prior to the Games with swimmer Jazz Carlin making a trip to the Mint a few months back to strike the commemorative precious metal 50p.

Like the precious metal versions, many of the new 50p coins appearing in people's change will make it into private collections - the Royal Mint estimate this could be as much as 70 per cent.

Director of commemorative coins, Anne Jessop said "We are thrilled to be able to show our support for Team GB in this way, and celebrate the talent, dedication and Olympian spirit of the athletes chosen to represent us - in what we hope will be yet another piece of Great British sporting history for the team."