The new 12-sided UK £1 coin has gone into production in preparation for distribution next year.

The coins have started rolling off production lines at a rate of 4,000 a minute and will enter circulation in March 2017.

When the coin is introduced, there will be a six-month crossover period with the current and new pound coins both in circulation. 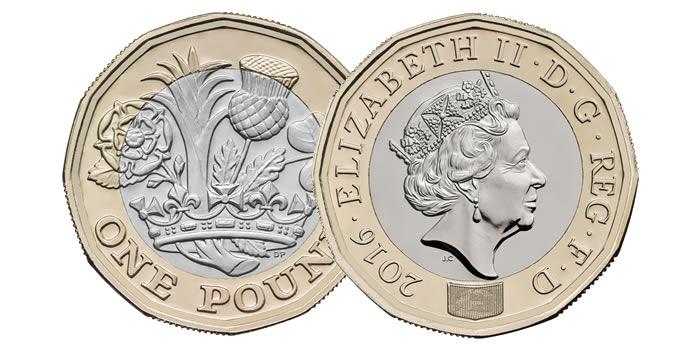 The current £1 coin is being replaced for the first time in more than 30 years - primarily because it is vulnerable to counterfeiters.

In recent years, up to three in every 100 coins have been found to be fake - given a monetary value that is about £45m counterfeit coins. More than 2.2bn £1 coins have been struck since it replaced the £1 note in April 1983.

The new 12-sided coin, which resembles the old threepenny bit, will be the world’s most secure coin in circulation, the government has claimed. The two-colour bi-metal coin was announced in the 2014 budget and measures 2.3cm in diameter with rounded corners and milled edges.

The Chancellor, George Osborne said: “I am delighted that the Royal Mint are producing the most secure circulating coin anywhere in the world. With groundbreaking technology, developed in Wales, the new coin will help secure our economy and get rid of counterfeits.

“In a year’s time, the new coin, which will incorporate emblems from all four of our home nations, will line millions of pockets and purses around the UK.”

Adam Lawrence, Royal Mint chief executive, said modernising the coin was “helping to redefine the world of coinage for the future”.