New £5 note design is unveiled by Bank of England

The final design for the new Bank of England £5 note entering circulation on 13 September has been revealed.

The note will feature the image of Sir Winston Churchill and will be made of plastic rather than cotton paper.

The Bank says the thin and flexible plastic banknotes will be cleaner, more durable and harder to counterfeit than the current paper notes. It does admit that initially they may be prone to sticking together. 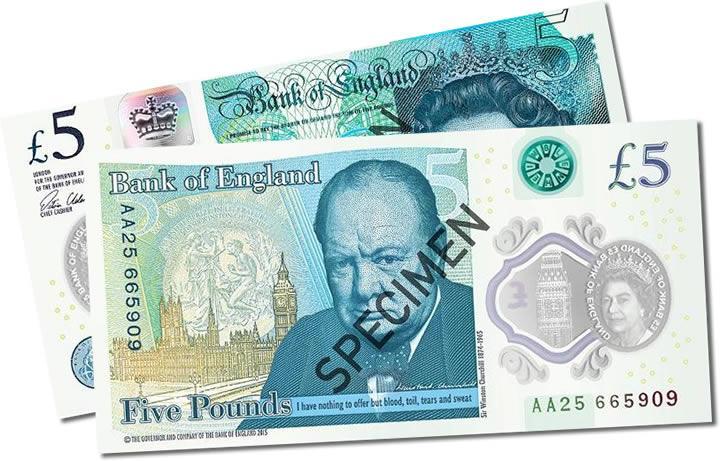 The new design includes a see-through plastic window featuring the Queen's portrait. The new notes will also feature holograms - such as one showing the maze at Blenheim Palace - and micro-lettering beneath the Queen's portrait with letters and numbers that are visible under a microscope.

Various elements such as size and colours are aimed to assist people who are visually impaired.

The artwork on the banknote will also include:

There are more than 329 million £5 notes in circulation, so it will take a year for the Churchill note to fully replace the current one featuring the social reformer, Elizabeth Fry.

Find out more at www.thenewfiver.co.uk