On October 12th, Loomis UK was awarded the Best Business Services Supplier by The Royal Mint at their annual supplier awards.

Based in Llantrisant, South Wales, The Royal Mint has rewarded its top suppliers through its competitive and respected Supplier of the Year award scheme since 2011. It attracts entries from suppliers who have all contributed to helping The Royal Mint build a robust supply chain infrastructure – fit for the future.

Celebrating excellence and supplier contribution, the awards culminates in a prestigious ceremony that recognises both individuals and organisations globally. 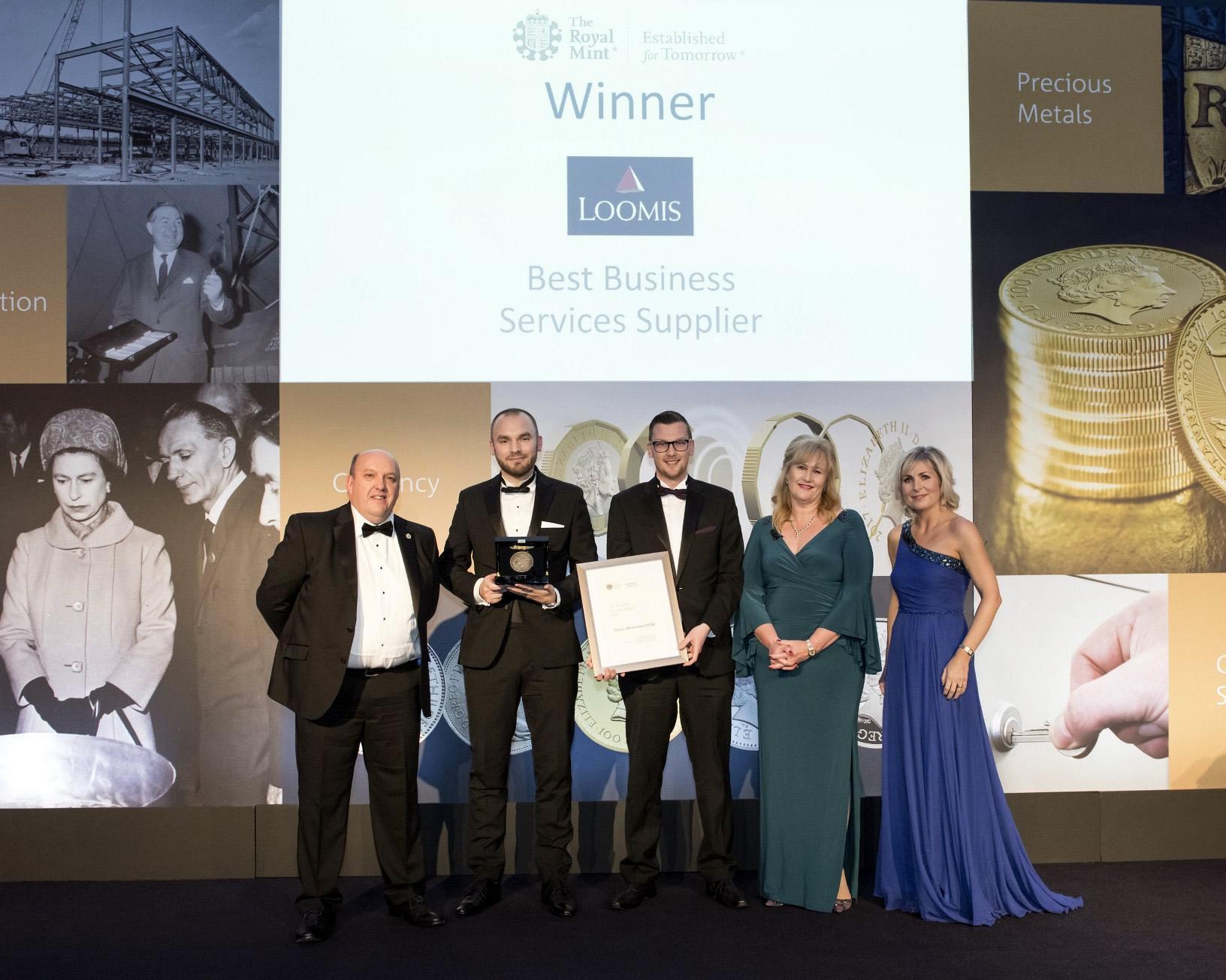 Image remains the copyright of The Royal Mint and used with permission.

Back in 2016, Loomis were ecstatic to win a tender to support The Royal Mint with the secure collection, transportation and delivery of the new and old £1.

Jump forward to July 2018, with some 32,000 boxes transported and a service level of 99.8% - Loomis were honoured to be approached and nominated for an award. Even more so to win!

And exactly two years since the first movement took place on October 12th 2016, Craig Sherriff and Matthew O’Neill from Loomis UK were delighted to accept the Best Business Services Supplier award on behalf of the 2,000 employees of Loomis UK.

The Best Business Services Supplier award is a ‘recognition of the company who has provided an excellent and unique level of service for The Royal Mint essential business requirements’.

Craig, Head of Product Development, commented after taking receipt of the reward; “I was really taken back by our award; it was an absolute honour to receive the award on behalf of Loomis and certainly came as a surprise. Hugely rewarding to see the value The Royal Mint have put on the services we have provided over the past couple of years!”

Simon Wood, Loomis Commercial Director said, ““I am delighted Loomis UK have been presented with the award for Best Business Supplier of the year by the Royal Mint.”

“This award is in recognition for best in class service delivery and account management since the award of the contract in October 2016 to deliver and re-patriate the new and old £1 coins from the Royal Mint Production facility in Llantrisant to cash centres across the country.”

“I would like to thank all crews, managers and support staff involved in winning this prestigious award for the company.”