On July 18th, the 200th anniversary of Jane Austen’s death, the new, plastic £10 note which features her image, was formally unveiled by the Bank of England.

It was announced that the new note will enter into circulation on the 14th of September 2017.

Production of the polymer note began last August and the Bank has already printed more than 275 million notes. 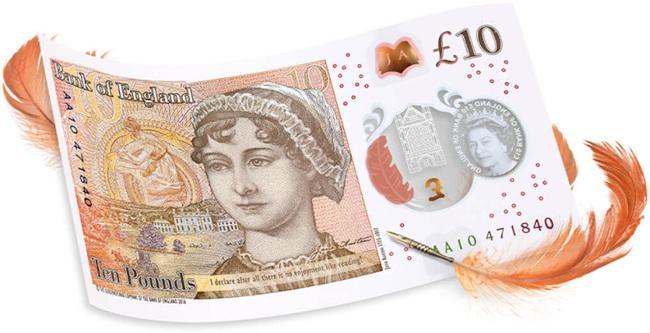 The three Scottish issuing banks are also to print their next £10 notes on polymer – and those notes will be released in the Autumn.

"The £10 paper banknote is the oldest Bank of England banknote design in circulation and therefore the security features require updating to take advantage of developments in technology," the Bank said recently.

Security features will be similar to the new polymer £5 note and will include; a see-through window featuring the Queen’s portrait, gold foil on the front of the note and silver on the back, foil holograms which change form and colour when tilted, micro-lettering and intaglio (raised ink). Find out more at www.thenewten.co.uk

The old paper note will be withdrawn during Spring of 2018 so there will be a period of co-circulation where the new and old notes will both be legal tender. This will have been preceded by a gradual withdraw of the old note from circulation by the Bank of England and partners including Loomis.