Extra security for Cash in Transit over Christmas

Criminals are being warned that strong measures are in place to prevent Cash in Transit robberies in the run up to and during the Christmas period.

Police Forces across the UK are working with the industry to safeguard cash and valuable deliveries from criminals, during the festive season and are launching a joint operation to prevent robberies.

Traditionally, deliveries of cash to banks and businesses increase at this time of year, in line with demands placed by the spending public. 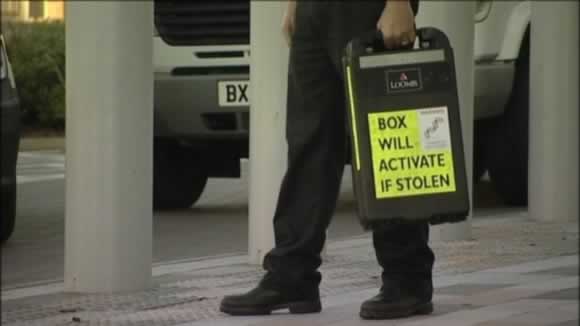 Police forces across the North West are launching a joint operation to target Cash in Transit robberies in the run up to Christmas.

The action will be co-ordinated by Titan (North West Regional Organised Crime Unit), the regional collaboration which tackles serious and organised crime.

As with previous years, a number of tactics will be employed to prevent any robberies, including overt and covert CCTV monitoring; patrol cars following cash-handling vehicles; and of course, all cash containers include a dye or DNA markers, which will be released if they are forcefully opened.

Not a victimless crime

Detective Inspector Jon Smith from Titan’s regional intelligence unit, said: "The region has seen a significant fall in cash-in-transit robberies in recent years but we are not complacent and we are determined to make sure criminals do not see these types of offences as easy ways to make money, because they most definitely are not.

"Our message to those planning on carrying out cash-in-transit robberies in the run-up to Christmas is clear - we will find you and we will make sure you spend this Christmas and many more to come behind bars away from your family and loved ones.

"Robberies that target cash-in-transit vehicles, banks, post offices, and commercial businesses are often violent offences that can result in life-changing mental and physical scars on those who find themselves confronted by these criminals.

“This is by no means a victimless crime. These robberies can cause deep distress to those at the brunt of the attacks, who are just trying to earn an honest living.

"Titan, together with the six police forces in the North West, are committed to cracking down on the criminals who make the lives of people making an honest living in the security and commercial industries a misery and we will continue to use all the powers available to us to target these criminals, prevent offences and bring those responsible to justice."

Officers use both high-visibility and covert patrols on the ground and in some cases will escort security vehicles as they carry out their normal deliveries.

Rob Johnson, Head of Risk at Loomis UK commented: “Loomis and the wider Cash in Transit Industry work very closely with Police forces across the UK and initiatives such as this, which are aimed at targeting criminals who try to commit Cash in Transit crime, play a very important part in reducing attacks on our staff.”

“Loomis use cutting edge technology in vehicles and equipment that are designed not only to protect our staff but also to help the Police with their investigations, often resulting in arrest, successful prosecution, and lengthy sentences for Cash in Transit criminals.”

The public are asked to be vigilant and please report any suspicious activity by dialling 101 or calling Crimestoppers, anonymously, on 0800 555 111.