A new Clydesdale Bank £10 polymer note will go into production later this year and should be ready for circulation in 2017.

It features the Bard on the front and views of Edinburgh and its castle on the reverse. 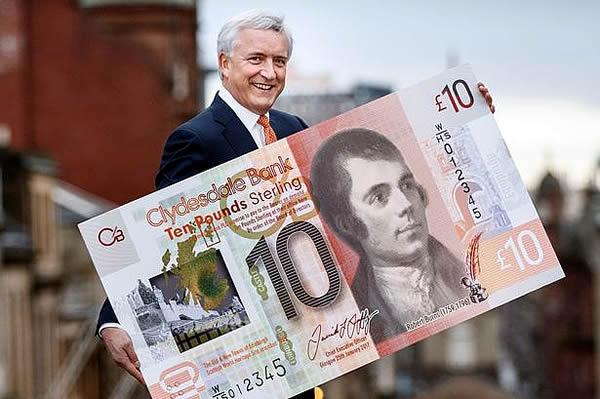 The plastic notes are said to last 2.5 times longer than paper banknotes.

Last year the Clydesdale Bank brought a fully plastic note into circulation in the UK for the first time with limited edition £5 notes.

Mr Duffy said: "It's a very exciting time for Clydesdale Bank and signing the new £10 note featuring Robert Burns underpins our commitment to building a strong stand-alone bank based here in Scotland that can provide a real challenge to the big UK banks. It's a privilege to see my signature alongside his portrait."

Clydesdale Bank is the largest issuer by volume of notes in Scotland and introduces around £400 million worth of new notes every year.